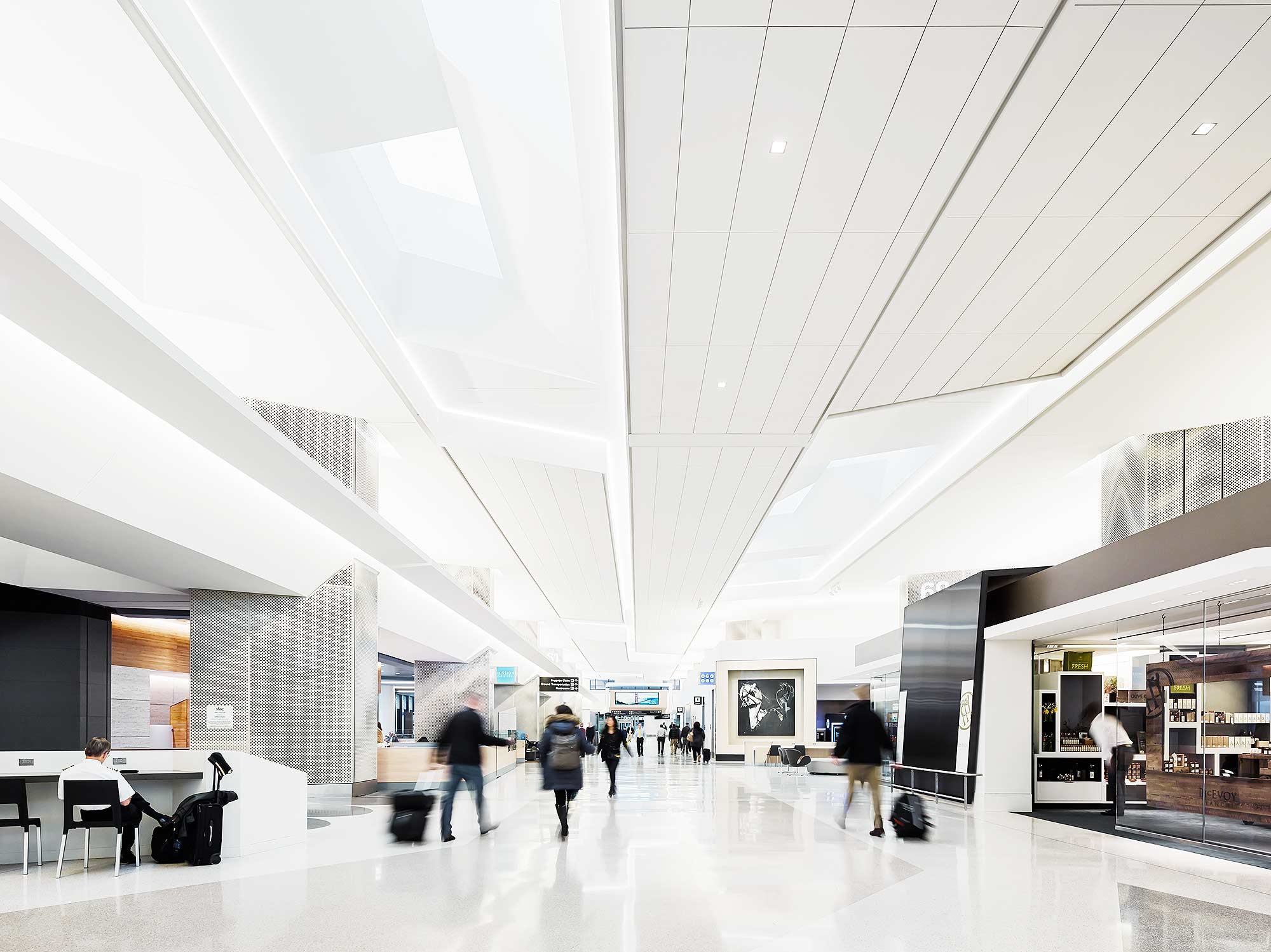 The acoustic design coordination effort was based on compliance with criteria provided by the 2013 Calgreen Standard, LEED V.4 – Acoustics and NFPA 72.

NFPA 72 requires that PA system be able to have a Speech Intelligibility Index of at least 0.5 in occupied spaces for emergency voice announcements. 3D Room Acoustic Models were created in order to analyze reverberation time and speech intelligibility in different areas of the terminal. These were created in Rhinoceros 6 based on the project CAD files and exported into EASE 4.4, a 3D acoustic ray-tracing software used for evaluating room acoustics and sound system design.

The baggage handling equipment was considered as a major noise source. These were evaluated through field measurements on similar equipment in the adjacent terminal. 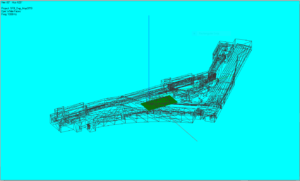 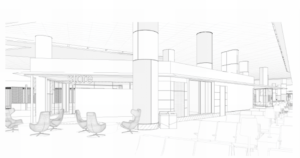 Infrastructure & Transportation, Special Projects
Have a Question?
Go to Top